The Power of a Lone Police Officer 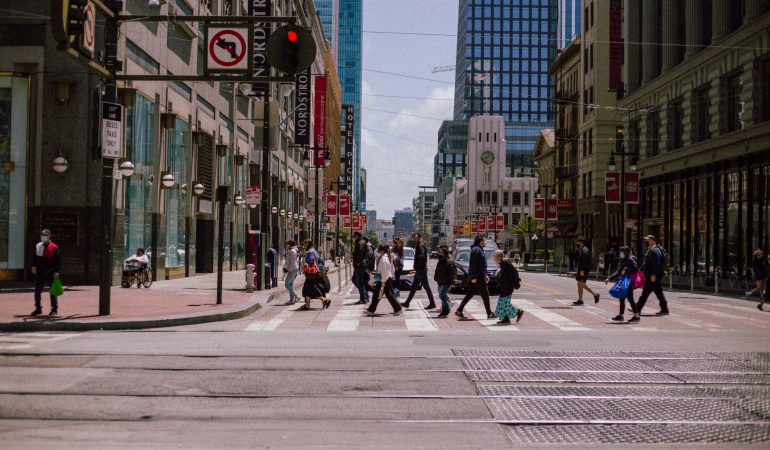 In 2018, I wrote an article about the devastating effect the homelessness encampments were having around the Powell and Civic Center BART Stations.  Every day, passengers had to witness people openly shooting up drugs and rows of tent encampments surrounded by litter and feces. This is what happens when areas are not properly monitored or kept clean. The impact on local retailers has been equally devastating.

As a result of my article, NBC News did a story on the issue. In the segment, myself and the reporter drove around downtown San Francisco and I highlighted the cascading effects that this issue was having on businesses nearby these stations.

The outpouring of support for both the article and the news segment was overwhelming. Unfortunately, the only city official that reached out to me was Mohammed Nura, the head of San Francisco’s Public Works, just before he was indicted for federal corruption.  He called in support of what I had wrote and offered to work with me and the commercial real estate community in finding better ways for reporting issues and find new solutions. I suggested as a first step that we needed to have police in uniform present at the top of the Civic Center and Powell Street BART stations to help deter the crime and littering that developed in that area. Within days– that happened.

Unfortunately, it did not last. The police officer was eventually called to duty elsewhere and the problems began all over again. In fact, it got even worse with the pandemic.

There’s a new Whole Foods store planned to open on the corner of 8th and Market St. Its success would give high hopes for new development projects surrounding the Civic Center area.  However, if it fails, the ability to attract businesses that could support residents in that area will quickly decline. It’ll also put a nail in the coffin for the new housing projects that are nearing completion, let alone any future housing developments in the area.

Within the last few weeks, the city engaged a new service called Urban Alchemy to keep streets like the Civic Center area clean.  Now, there are about six people in t-shirt uniforms that will meet you as you walk onto Market Street. They say hello, are friendly and supportive.  The streets are clean where they stand, however just across the street is another story. The Muni station on the south side is littered with tents, open illegal drug use, and garbage.  With this new program, all its accomplished so far is successfully moving the problem across the street. It’s also important to point out that this area is directly across the street from the new Whole Foods entrance.

San Francisco in 2021 had an unprecedented $1.1 billion budget to spend on solving homeless crisis. The above case shows exactly what has always been wrong with our fight to control homelessness.

$1.1 billion has been spent on supporting the business that is homelessness. Essentially, San Francisco’s homeless population has become a major jobs creator and the problem just keeps getting worse because spending continues to go up, and more jobs are created without any checks or balances to see if a program is successful or not. Every nonprofit and government service program involved will fight for their piece of that $1.1 billion. Eventually, larger spending budgets will be granted year-after-year and the problem will grow and grow.

One lone police officer greeting Muni passengers on Market Street was all it took to get the job done. If our city officials bothered to check, they would have seen the same results I saw.  The difference is that as a commercial real estate broker, I have boots on the ground.  I see what is going on in our streets every single day and I certainly know what it takes to take care of the problem. The issue is that my solutions would not require spending $1.1 billion dollars, but I assure you the city streets would be cleaner and safer.