San Francisco Public Transportation: Looking into the Future, not the Present 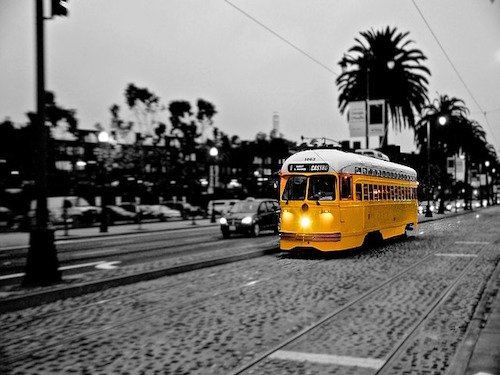 Back in the early 1960’s, Governor “Pat” Brown, father of Governor Jerry Brown, embarked on building a bridge to Coronado Island in San Diego. The bridge was faced with huge cost overruns and broken political promises. It was known as the “Bridge to Nowhere.” Most people believed the bridge led to Governor Brown’s loss to Ronald Reagan when he came up for re-election in 1966.

His son, Governor Jerry Brown had allocated billions of dollars to another state project – the highspeed rail, which was loaded down with un-realistic timing projections and massive costs to build. This week, newly elected Governor Gavin Newsom essentially announced the project was no longer feasible and the high-speed rail now looks like it will be completely scrapped.

Both cases are clear examples of how government finds a way to bog down projects to where they eventually become too costly to build, or they get built anyway and cost the tax payers a foolish amount of money.

The sad truth is that given how long these large projects take, we do not look towards the future ways we can improve transit with advanced technology.

Even with optimistic projections, the high-speed rail that would have taken up to 25 years to build before San Francisco and Los Angeles could be connected. Governor Jerry Brown’s mission was to find more “green” solutions to our transportation needs, but instead of looking at the future, he looked at present-day solutions.

Another example is the electric car.  In the next five years, almost all car companies worldwide will have a percentage of their new cars as electric cars. In anticipation of electric cars, Sweden is introduced the first electrified freeway lane. This would allow electric cars and trucks to recharge has they drive along these lanes.

In our country, Interstate 5 has the ability to expand by at least two more lanes, which would help alleviate serious traffic jams that are consistently happening between San Francisco and Los Angeles. But finding political support to expand the freeways is hard to find.  If we began by adding electrified lanes like Sweden, we could be forward-thinking and help sell more electric cars, and perhaps self-driving cars in the future.

Next, you have Elon Musk’s Hyperloop.  This futuristic idea is now ready to be tested in Chicago where they are authorizing a study to create such an Hyperloop from Downtown Chicago to the airport.  Musk’s believes he can get passengers between San Francisco and Los Angeles in less than 40 minutes.

Again, since projects will take so much time to process, we should be investigating new technologies like Elon Musk’s Hyperloop and push new concepts, not old ones.

In the late 1950’s, the idea of building the Bay Area Rapid Transit (BART) began to take shape, as the city was trying to find a different rail system that could move people around the Bay Area faster. When it was finally opened in 1972, it was considered one of the most advance rail lines in the world.  But in just a few short years after it opened, other countries had invested in high speed rail systems that overtook BART’s design and efficiency.

Governor Newsom has a real opportunity to “right the ship.” We need to improve our state’s transportation system by expanding our freeways, investigating electrified freeway lanes as well as seriously studying ideas like the Hyperloop, which would be a real bold step.