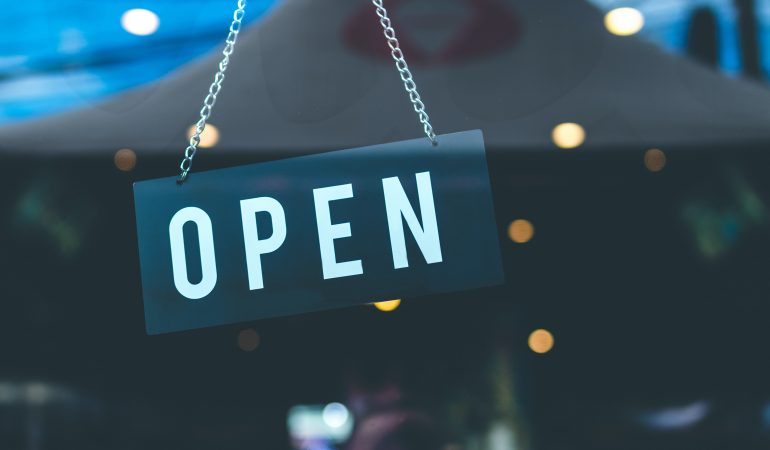 In a recent tweet, President Trump recently pointed out again how Amazon is hurting retail in cities, saying “Amazon is doing great damage to tax-paying retailers.” During this years’ ICSC convention the keynote was all about “the demise of the shopping center” within the next ten years or less. Now that lenders are starting to say no to retailers, property owners are trying to refinance their properties while working to secure new ones.

Retail represents the ground floor identity to buildings located in the inner cities. Shopping centers not only take up a large amount of space, but spaces are becoming harder to lease. And if a space at a shopping mall becomes vacant with no tenants to replace them, it will have a negative effect on surrounding businesses, as they lose the foot traffic from nearby shoppers.

What happens when buildings after buildings go vacant to a neighborhood city or for that matter an entire region? “Blight” comes to mind as vacant, unpoliced stores continue to become havens for the homeless. It creates a dark spot that takes away the potential vibe to a store or stories surrounding a “dark spot.”  It sends a message of failure in a shopping center and can lead to a domino effect that can lead to other stores closing quickly soon after.

Retail has evolved quickly in the last two decades thanks to online retail giants like Amazon and Alibaba. But the fundamental way we make purchases as consumers have also changed. Today, when a buyer needs to make a purchase, they no longer visit brick-and-mortar stores as a first-choice. Instead, they go online via their laptop, tablet, or mobile phones make the purchase online.  Only if they need to, they might drive to a physical store to see the item in-person before deciding whether or not they want to purchase.

With online booking services like Opentable, the restaurant industry has also changed. The days of going to the same restaurant time-and-time again just because you visit frequently are also over. Online services have made shopping, booking dinners, even travel planning more efficient for the customer, ultimately effecting mom and pop shops that don’t have an online offering.

Retail has become very unpredictable. Less than three months ago, Michael Kors came out with worse than expected earnings, down at eight percent. Their cash levels were hitting red line and their stock prices tumbled. Michael Kors will also be closing around 125 brick-and-mortar stores over the next two years.

Jimmy Choo shoes were also struggling when Kors announced they were acquiring the shoe company. The market did not initially react either way since Kors announced this quarter’s earnings had topped analysts’ estimates with $952.4 billion in revenue.

Retailers looking for new locations are living by new best practices to provide a cushion when business takes a dive. They are looking for short leases and ways to keep overall construction costs down. Short leases are hard for a retail property owner because they look for financing from banks that base their loans on long term retail rates. Food retailers have an even tougher time, as restaurants costs are a lot higher than a traditional non-food retailer. Yet, food habits change overnight. The latest new noodle restaurant is now replaced with the new organic salad place, sometimes as soon after just a couple of visits.

In an effort to evolve to the changing consumer behavior, retailers are adopting a model similar to Airbnb’s concept with the opening of “pop-up” shops. Pop-ups are temporary retail spaces with short-term rentals that can last anywhere from one day to several months. Pop-up stores are nothing new, as we’ve seen the seasonal Halloween and holiday stores pop up and then close by the time the season’s over.

But today’s pop up stores are very different. They don’t necessarily have to be related to retail at all.  For instance, in San Francisco a pop up store opened for one week to get the public’s opinion on a new airline seat. The company tested what the consumers liked or did not like about the seat. Converse shoes opened a pop-up store in the Midwest to test a new shoe concept, asking consumers their opinion to assist in development. Overseas, chocolate stores wanting to learn if their product would be accepted in the U.S. have rented stores for 90 days in prime San Francisco retail locations to test the market. NBA wife, Ayesha Curry, opened up a pop-up barbeque restaurant to not only test the food, but to learn how to set up a restaurant operationally.

Websites such as “Storefront” enable brands to find amazing retail spaces for pop-ups in top U.S. cities. It also works with property owners to list their space for short-term rentals.

Pop-ups are still evolving and there are challenges for both landlords and tenants. The first challenge is with the lease. If a tenant has failed or closes its store that has been subleased, sometimes leases don’t always allow subleasing unless specifically stated in the contract; causing some legal complications in the future. Another challenge to work around is the fact that landlords can take up to 30-days to agree to a sublease, which can delay a store’s opening date. Lastly, insurance for the premises is hard to find for short-term rentals. Landlords will need to ensure they ask for a large enough security deposit, just in case damage becomes a work in progress.

Over time, landlords and tenants will figure all this out. As consumer expectations continue to change, so will retail. For now, enjoy your favorite brick-and-mortar retail shop because it may not be there for long.