When It’s Your Money, You Pay More Attention 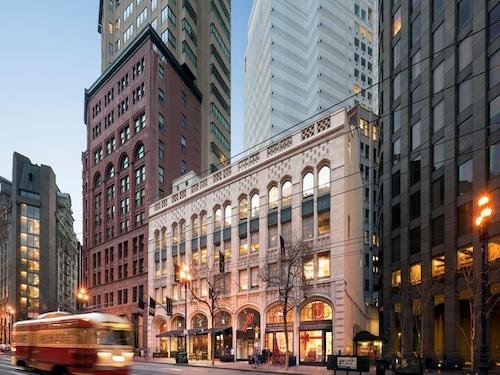 Back in the late 1970’s, there was a state revolt on what was seen as unchecked growth in government spending. Proposition 13 was passed by the voters as a tax reform measure to curb tax rates in real estate, both commercial and residential. The proposition decreased property taxes by assessing values at their 1976 value and restricted annual increases of assessed value of real property to an inflation factor, not to exceed 2% per year. It also prohibited reassessment of a new base year value except in cases of change in ownership, or completion of new construction.

Unfortunately, this did not slow down government spending. In fact, it only grew at the expense of important state programs like our school funding. Later, the state passed the “State Lottery” measure which provided funds to replace the school funding that was lost. But over time, these funds were also diverted to other uses as well.

Why does government expenditures grow faster than annual inflation?

In part, because the government has cut bad deals with unions leaving them with strict obligations to the state and local governments, requiring them to fund employment contracts and pensions at levels that are no longer sustainable.

Furthermore, these programs have been created to assist our citizens. But as time goes on, instead of having programs that exist because of a history of success, we have programs that exist to provide jobs and pay its employees. Even when a program is poorly run to the ground, they never end.

In San Francisco, we have new homeless initiatives that have been passed by voters, including building new housing, cleaning up the streets, and even a new childcare funding program. Not surprising, the city has yet to announce how these directives will be introduced, managed, and more importantly, how we will gauge the results against the costs.

How do we effectively find a way for government to manage itself more efficiently and create a checks and balances so its citizens can know if programs are working?

If you own property, you will see several taxes and fees tacked onto to your property tax bill, many of which appear as though you’d be protected by Proposition 13. Yet these additional taxes and fees in the most cases were actually passed by the voters, which is legal to do. The reason why these taxes and fees are added is because the majority of the voters will actually not pay these taxes. Therefore, there’s no incentive not to pass a measure that sounds beneficial on the surface.

This idea that only property owners are taxed is based on the fact that they own property and therefore must be a) more responsible to pay these taxes b) wealthy.  This has been the foundation of taxes for generations in not only the US, but in countries around the world.

But the world has changed and governments are now providing programs and services that were never offered before. Drug treatments, homeless navigation centers, childcare programs are all relatively new services to deal with newer and more complex problems we now face. These problems effect everyone– not just property owners.

How do we put in place a fair system where everyone contributes?

First, we need to look at our overall tax system. I believe that if all citizens who vote are going to be responsible to pay for a new program or service, then they will be much more cautious and demanding to keep the government’s feet to the fire and make better decisions, manage these programs, and effectively hold them accountable to perform.

What I’m proposing will not be easy to adapt.  When the majority of the voters are not property owners, it will be hard for them to accept more of the burden, unless they study the way our government really works and how truly inefficient it is.

This may actually happen sooner rather than later.  The feeling of most San Franciscans today is that the homelessness and lack of sanitation is a health problem and has now reached epidemic proportions. There are few that will contend that the city is efficiently dealing with these problems.  From our city’s cleanliness to the constant theft, break-ins, and overall safety – everyone is fed up.  If all voters paid for our current programs in place, I believe they would demand that our city officials properly deliver its services. I also,  believe that they would be more interested in looking at older programs to see if they too are also being run efficiently and successfully. Right now, if voters don’t have to pay for it, there is no incentive to care.