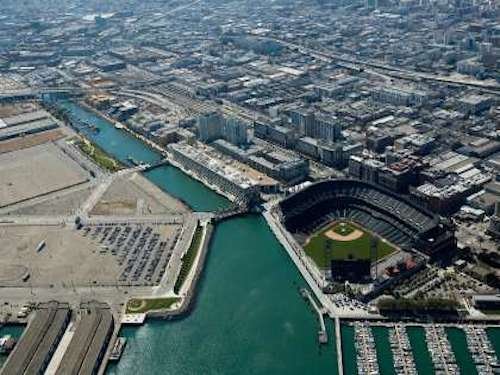 The number of restaurants and bars closing around Oracle Park is not a surprise. With the San Francisco Giants struggling to attract fans after three consecutive losing seasons and restaurants around the ballpark counting on business from large crowds — this was inevitable.

Marquee restaurants like Pete’s Tavern, Pedro’s Cantina (the two mega-sports bars across the street) and Amici’s East Coast Pizzeria have now shut down. Tony Gemignani’s Slice House has also closed, and MoMo’s, the stalwart restaurant on the corner of Second and King since 1998, is now being sold to new owners.

Why is this happening?

There are many reasons why this is happening, including the sky-high rental costs associated with new building owners, lack of quality employees to hire to help run these businesses, and increased government regulations, fees and traffic.

Beyond supporting baseball fans, King Street in South of Market a very important street. It is a major street for retail for new development building all around it. New housing and office development will mean more people that will need and want retail services. However, even with the amount of new housing being built and the low office vacancy in the area, retail is still struggling.

Certainly, one issue is the restaurants that have closed were built for the baseball fans. These restaurants and bars were intended for the rowdy, sports-oriented crowd — not for the local residents.

Now with these restaurants closed, the biggest problem will face the retailers and restaurants that are left open in the area. Their businesses will hurt from these popular restaurants closing. And, if any new restaurant wants to take the plunge, the permit process will take months (maybe years) and will destroy the remaining retail scene on King Street. If this occurs, you will create blight. If ground floor stores remain closed, it will affect the upstairs tenants of these buildings. Closed first floors means more homeless loitering in the entryways, which will create cleanliness issues and will increase overall security concerns.

Converting these retail spaces for another use space like office buildings could take years to be approved by the city (or never happen since these properties are not zoned for other uses).

What can be done?

In order to avoid this disaster, San Francisco city officials need to become proactive — and fast. City planners need to be working with the current building owners, the past tenants whose businesses failed, the local residents and potential new tenants who have expressed interest in these vacant spaces to find a way to fast-track the permit process. If not, one of the successful stories in San Francisco redevelopment will unravel.

This article was originally published in the San Francisco Chronicle on October 18, 2019.