Staying Motivated After You Have Already Won 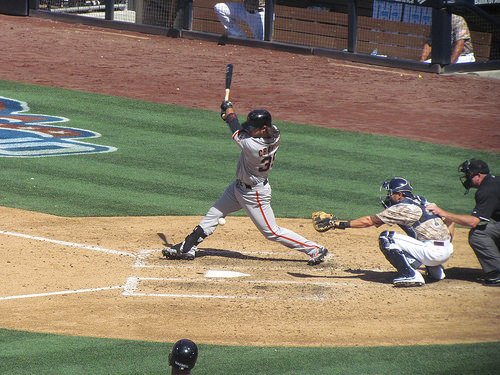 The San Francisco Giants have ended another losing baseball season.  After three world series victories, the likelihood to see another “win down the road” is looking pretty slim.  However, some of our biggest stars still remain on the Giants’ roster: Madison Bumgarner, Buster Posey, Brandon Crawford and Brandon Belt. Since their World Series wins, all have been rewarded with long-term contracts.  Madison Bumgarner’s contract is due in 2020, and he’s expected to garner a long-term salary equal to some of the best pitchers in baseball history.  The problem is that none of these players have shown success like they did prior to signing their big long-term contracts. Since their last victory in 2014, the players have since seen their families grow, as well as their wallets. They all have big houses, nice cars, and a great life financially that is experienced by few.

I do not for a minute question if they deserve it. There are less than 25,000 ball players that ever played the game at their level, and without these players during the 2014 World Series, we would not have been in the victory circle.

Once you earn the brass ring of financial success and are financially set with no more worries about paying bills, affording your kids’ education, or having enough savings for retirement– the question is, how do you continue to perform at your best level?

Some would say that pride and character are and always will be the guiding light to success. Aaron Rodgers and Tom Brady have both continued to play at the pace and drive that they’ve become known for each and every week.

And for all the successful salespeople of the world who are financially secured for life– how do you push yourself every day to achieve greatness. Or…. do you anymore?

There’s a scene from “Facing the Giants” that’s considered one of the best motivational scenes, where a coach is trying to figure out a way to motivate a disinterested team. The coach blindfolds their best player and asks that player to carry another player on his back as he crawls across the field. He has no idea where he is at. The coach is pressing, screaming at him not to give up until he collapses. When the coach says to take off the blindfold– he is in the end zone.  The team in disbelief walks towards the player and the point was made that anyone can push themselves beyond their limits.

Richard Bowers from Bowers Commercial in Atlanta is that kind of person. Today, Richard has a very successful commercial real estate office in which he himself still cold calls people every morning.  He is still the highest-producing agent in his company. When asked why he still cold calls, he explains that it’s how he understands what is going on in his market and to him, it’s still the best way to get new business. Success has not changed for Richard– he’s still on fire.

In order to continue to succeed, even after you are financially secured, you need to find your passion and your mojo.  It isn’t easy, but when you drive around in a Mercedes, live in a big house, can treat your family to any vacation, any restaurant, and buy anything you want– your pride, character, and passion is what will keep you working.