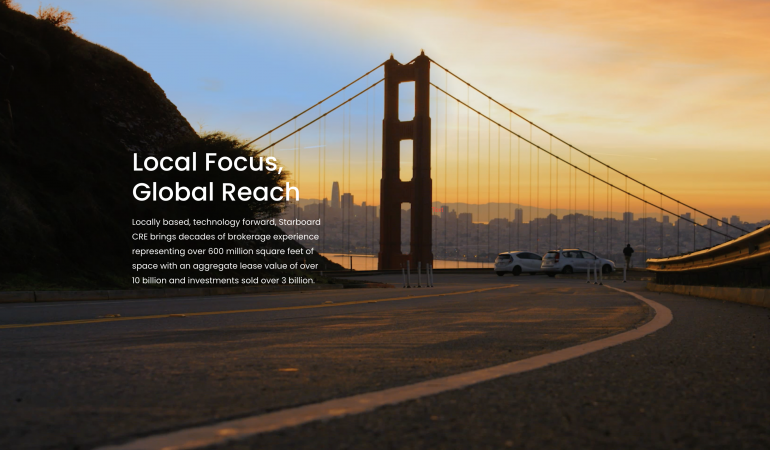 Starboard’s President and Founder Hans Hansson said, “I’m excited and also astonished that it’s been 31 years to the day that my partners and I opened our doors to the San Francisco market. Fast forward to today, and we haven’t strayed far from our core values and principles– to be the top experts in our market and provide the highest level of client service by understanding the nuances of San Francisco’s unique market.”

Starboard CRE was founded in 1991 by Hans Hansson, Doron Baruth, and the first Asian-American woman to own a commercial firm in the United States, Stella Wong Florez. For over thirty years, Starboard CRE has cultivated relationships with investors, tenants, developers, architects, and accountants throughout the San Francisco Bay Area.

The company employs 20 agents and has brokered more than 4,000 buildings and over 750 million square feet of office, industrial, and retail space. Recent marquee deals closed by Starboard CRE include:

“After an extended negotiation period with several attempts, we were thrilled to finally purchase the Carl and Cole property.  Our diligence and that of our broker, Barry Bram of Brookwood| Starboard Commercial Real Estate were finally rewarded with reaching acceptable terms to both the Seller and our Company.  We plan to upgrade the residential units over time as well as maintain the retail tenancy should vacancies arise.  All in all, we look forward to adding value to the property wherever we can and holding it for the foreseeable future.”

Broker Barry Bram explained, “Although the retail and some of the residential tenancies were in flux at the time of closing, the buyer was confident that even with projected lower rents in the near-term, the property would make a strong long-term investment.”