Why Supporting The Trades Is Important for Our Future 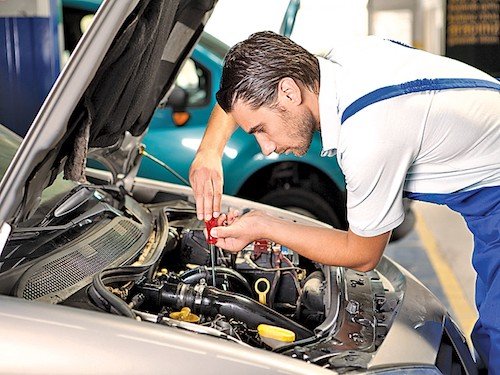 I recently had the chance to speak with a high labor union official.  During our conversation, I asked him why is it democrats and republicans cannot come to an agreement on an infrastructure bill. Both parties say they want such a bill, yet, they disagree on how to pay for it. Certainly, even in this bitter political environment, you would think that something could be worked out.

His response was shocking to me.  He told me there is an “elephant in the room” that no one wants to talk about. That elephant being that we don’t have enough workers in the trades in order to carry out massive infrastructure projects. Both parties know that and neither wants to address that problem.”

When you take a closer look, you’ll find that all of the trades are suffering– from plumbers, to carpenters, to auto mechanics. The problem isn’t poor wage. In fact, most of the trades can pay on average far higher compensation than many white collar jobs. So, what’s the problem?

For the last twenty years as a country, we’ve promoted and emphasized the necessity of a college education. We’re told that with a college education, you can move up the economic ladder. In the 1970’s, smog controls were added to cars and more controls were placed on home improvement projects. This required more permits and government oversight. Inadvertently, this caused the younger generation that was introduced to autobody and other trade work to slowly disappear.

Today, rather than working on cars or learning home repairs, our youth fills time with video games and watching endless amounts of television shows or engaging on social media. No wonder today’s youth gravitates to jobs in technology rather than the trades. Understandably, they want to go into a field that they are familiar with.

Many trade programs today offer incentives to attract younger people, including free education, competitive salary and benefits– yet, all of the trades are finding it very difficult to attract candidates.

The pandemic will only exacerbate this problem and prevent us from recovering sooner.  Office and retail spaces will need to be remodeled in order to meet COVID-19 requirements. This will require numerous trade workers in order to get jobs done at scale. If we don’t have enough trade workers, this will cause major delays and run up costs.

So, what can be done?   First, we can admit that college isn’t for everyone.  There are people that fail college, yet excel in trade work.  We have to remove the stigma that individua’s are considered “failures” if they didn’t get a college education.  It’s simply not true. This is not to downgrade a college education, rather it’s a statement to highlight there are other avenues to economic success other than a college education.   Next, we need colleges and universities to include education programs for trade works.  Most city colleges have trade-type classes, but the classes aren’t promoted.  From a young age, trade work needs to be promoted as a viable way to make a living, and not as a downgraded craft. We need to promote blue collar jobs as the  foundation of our country in order to ensure our future success.