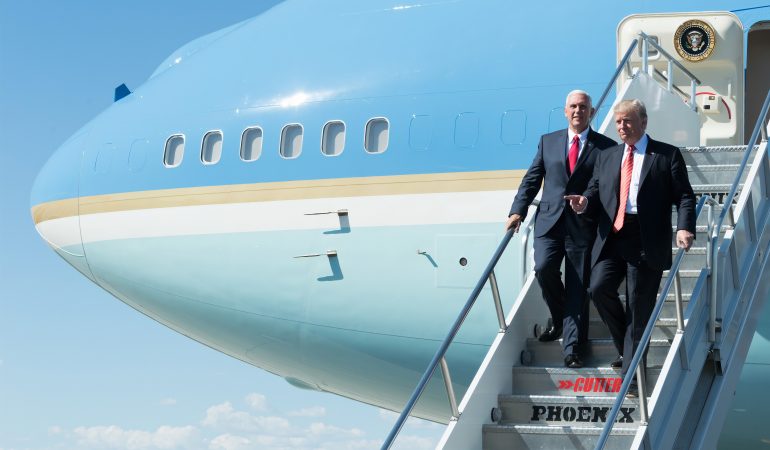 If President Trump follows through with his plan to institute tariffs in order to force more fair trade, then commercial real estate across the country will be affected in a very big way.  To understand how, we need to look at our history to see how trade imbalance came to be.

At the end of World War I, Germany lost the war and was forced to pay serious reparations for all of the damage inflicted on the allies. Germany was forced into a major depression that eventually led to Adolf Hitler coming to power, thus causing World War II.

In order to avoid the same mistakes after World War II, the United States incentivized the development of both Germany and Japan so that they could rebuild their countries faster and enjoy prosperity, instead of being relegated to a third world power.  The trade imbalance against the U.S. grew to a point in the 1980s when then President Reagan decided it was time to issue tariffs to put pressure on both countries to create fairer trade practices.

President Reagan forced both countries to either create equality or build their products in the U.S by implementing tariffs or threatening to do so. This strategy led to the construction of major car manufacturing plants, building foreign brands here in the U.S. in areas that were once struggling in poverty, which created a building boom that turned southern states into new economic powerhouses for long-term growth.

If President Trump follows through with a similar tariff, perhaps we can expect foreign countries to decide to build in the U.S., rather than lose market share altogether. Today, we already see tech giants like Apple and car brands like Volvo that are constructing new plants here in the U.S.

We might see foreign countries build plants, too–– from steel to appliances and clothing.  This will lead to major growth in commercial real estate across industries.

The challenge is–– what would it cost us?  We can certainly expect costs of goods to go higher, but we could also expect better quality goods to be built as well.

I remember when the U.S. began looking to foreign countries to offer cheaper labor to manufacture our goods. At the time, I had asked an economist from Chase, “How will this strategy NOT create major job loss in the U.S. and NOT hurt our economy?”

His response was, “For every dollar lost in manufacturing jobs, we will gain back four times in buying power through the U.S. consumers’ ability to buy goods at lower costs.” However, when you look at the buying power of today’s consumer–– their incomes do not match inflation and we see that it hasn’t been in favor of the working U.S. citizen.

Clearly, the erosion of our middle class is one of the reasons that President Trump got elected. They want real jobs back–and if they do come back, America will see one heck of a new boom in commercial real estate.

Photo Credit: Chairman of the Joint Chiefs of Staff Flickr via Compfight cc