San Francisco Leadership is Failing Us 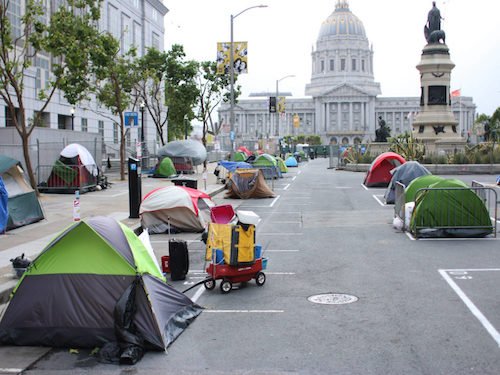 Our city is entering a rapid decline like we haven’t seen since the 1960s. Unless San Francisco leaders take drastic actions now, it will take years for our city to recover. Many of our problems have been occurring before COVID-19, but the virus is sealing our fate towards a major downturn. Our city is filthy, our homeless problem is out of control, our city is over-regulated, and the number of crimes has skyrocketed. Even though our city is broke, we have one of the largest city budgets per resident in the country.

Local news station KRON4 recently did a story on a study, by WalletHub, which ranked San Francisco among the “worst-run cities in the United States” during the pandemic. The study based its findings on “quality of services” scores on several categories, including safety and health. Now at the bottom of the list, Washington, D.C. ranks as the worst-run city, followed by San Francisco. To add insult to injury, a large-scale scandal hit earlier this year when it was announced that the Head of Public Works was indicted followed by a string of other city officials and private contractors for illegal payoffs. The response to the pandemic and the needs of our business community are virtually being ignored.

So, what is the problem? Politically, we have a problem because there is no opposition to the current leadership. We are a progressive city that has voted an all progressive board and Mayor. The kind of candidates that should be running for office do not want to subject themselves to the political process. Note when was the last time you had Union officials, Business leaders, Corporate leaders, Attorneys running for office in San Francisco. We should ask the question “Why?”

As a result of a lack of experienced leadership, decisions are made that sound good without being properly vented. Examples include all of the regulatory measures that were used to control our retail, from the 11-store rule that eliminated formula retail in the neighborhoods, to the change of use conditions that takes months to get through the approval process. All things that sounded good to protect the integrity of our neighborhoods but not realistic to the economic environment of our times. Homelessness has become a jobs program – that is our homeless problem; it is one of the worst in the country. Many jobs are tied to some 7,000 homeless in our city, it is an industry here; therefore real solutions to solve this concern are never found.

Filth – our city is dirty and neglected. We have lost pride in keeping our city clean, which is both a government and a citizen problem. I recently visited the cities of St. Louis, Kansas City, Denver, Salt Lake City, and Reno. All had beautiful, clean, landscaped streets and well-groomed parks. Their freeways and main arteries were free of debris. Yet, you enter San Francisco and it is deplorable. We have more human waste droppings then plants on our streets. Our city has so much to offer yet numerous problems could be solved with effective management and leadership. The buck stops with our elected officials. We need to hold them accountable.